Malzahn is the Man! 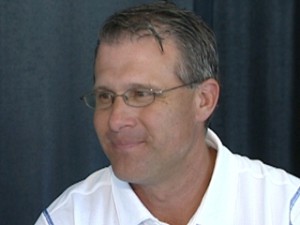 Al.com is reporting that Gus Malzahn, Tulsa’s OC, has been hired by Gene Chizik as Auburn’s OC. This is huge. Little ol’ Tulsa was #2 in the nation in total offense and points scored with 576 ypg and 47.3 ppg this year. Regardless of what he can do on the field, this is huge for recruiting because Malzahn runs a high powered, quick-scoring offense and people know his name.

An announcement is said to be made sometime tomorrow. This hire coupled with the retaining of James Willis is very big on and off the field. The Chizik hire seems to be getting better and better.

*Update* – Here are some interesting little numbers from ITAT:

The Myth Of The Spread: Malzahn is proof, along with many others, that you can run the football while still throwing it successfully. You can also run the football in what many consider a “spread” offense. Malzahn’s teams line up under center, in the shotgun and in the single wing formation at times, and rely on being physical to get the job done both running and passing the ball.
Check these numbers out: This season Tulsa was seventh in the nation in passing offense, averaging 310 yards per game through the air. Those are powerful stats with any team, but throw in the rushing numbers and you see what a thorough job Malzahn’s team does on offense. The Golden Hurricane averaged 254 yards per game on the ground as well, good enough for eighth in the country. In 2007 Tulsa averaged 172.9 yards rushing, 41st in the nation. They scored 37 rushing touchdowns to rank behind only Oklahoma (45), Oregon (42), Florida (41) and  (39). Tulsa averaged 5.43 yards per carry as a team. That number was seventh in the nation behind Nevada (6.24), Oregon (6.12), Florida (5.96), Louisiana-Lafayette (5.94), Georgia Tech (5.65) and Oklahoma State (5.64).
Scoring Offense: This season Tulsa scored 84 touchdowns to rank second in the nation behind Oklahoma with 97. Texas Tech was a distant third with 74 scores. For the season the Golden Hurricane averaged 47.38 points, second behind Oklahoma’s 54 per game average. In 2007 Tulsa’s 79 total touchdowns led the country.
Red Zone Offense: In 2008 Tulsa had 74 possessions reach the opponent’s red zone. Of those 74, 54 resulted in touchdowns for the Golden Hurricane. Of those 32 scores came on the ground and 22 through the air.
Tutoring Quarterbacks: In addition to tutoring the nation’s number one high school quarterback Mitch Mustain at Springdale High in Arkansas, Malzahn has become a mentor to two of the best quarterbacks in the country the last two seasons at Tulsa. In 2007 Paul Smith was fourth in the country in pass efficiency, hitting on 327-544 passes for 5,065 yards with 47 touchdowns and 19 interceptions. This season David Johnson was even better. He finished second in the nation in pass efficiency and hit on 243-375 passes for 3,866 yards and 43 touchdowns with 18 interceptions. By comparison Auburn’s quarterbacks completed 184-341 for 1,985 yards and seven touchdowns with 13 interceptions.
Malzahn In The SEC: He coached one season in the SEC in 2006 with the Arkansas Razorbacks. That season they finished 10-4 and won the Western Division of the SEC. Much of the reason for that was the running game led by Darren McFadden and Felix Jones. Utilizing the two in the “Wild Hog” formation to compliment their bruising rushing style, Malzahn’s Razorback offense averaged 28.9 points per game and 228.5 yards on the ground. Through the air the Razorbacks averaged 149.5 yards with 23 touchdowns.